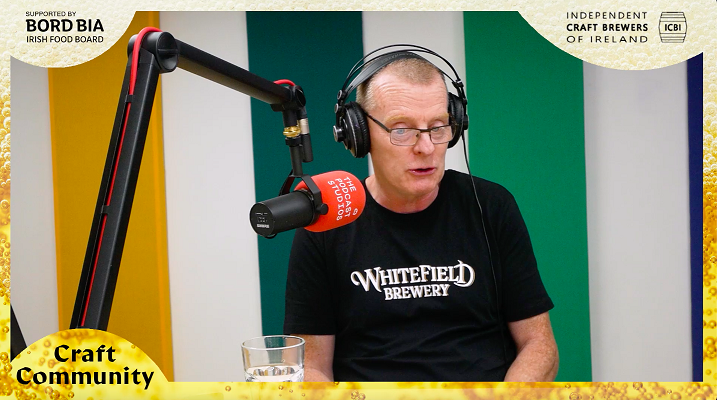 Our penultimate episode focuses on how to enhance the tasting experiences of beer; through food pairings; or using beer as an ingredient. Host, International Beer judge and beer writer Susan Boyle is joined by Cuilan Loughnane from Whitefield Brewery, Claire Dalton from Dungarvan Brewery and Peter Curtin and Birgitta Hedin-Curtin from The Burren Brewery for this conversation.

Ireland, as a country is not known for its wine production, however the practice of brewing beer is very well established here. It might seem strange then, that we have not widely accepted the role that beer can play in elevating dining to a whole new level! Craft beers are a cornucopia of flavours, ingredients and inspiration; yet for many consumers, they are familiar with only a few styles. Ireland’s reputation for producing world-class artisanal foods is complemented by pairing unique foods with craft brews, and even better to pair with locally-produced goods.

As the name suggests, The Burren Brewery at the Roadside Tavern in Lisdoonvarna Co. Clare is located in the heart of the unique karst limestone region. In addition to running a microbrewery at a popular local pub; founders Peter Curtin and Birgitta Hedin-Curtin also produce smoked salmon at The Burren Smokehouse. This duality of complementary businesses results in their ability to provide memorable visitor experiences. Speaking about the tours, Birgitta said,:

“We combine the two flavours of the (Burren Smokehouse) smoked salmon and people can try the four beers that we have at hand. Of course, the black stout goes extremely well with the smoked salmon. But you know, that's up to them (to decide) as taste is individual. So we leave it up to people to decide which one they would prefer with a smoked salmon. But we have this experience over the two hours; they meet the makers and go in behind the scenes or they go down to the smokehouse first and meet me and I tell our story and then we go off to Peter in the Roadside Tavern and if it's small group they can go and visit the brewery and then get the tasting smoked salmon salad with it. So you know we do an experience with that but we've been working in different festivals. I've been working with the smoked salmon and beer you know recently even at the Electric Picnic”

Beer as an ingredient

While people might be familiar with traditional baking recipes such as porter cake, stout breads or festive-pudding recipes featuring dark beers, the prevalence of beer as an ingredient is not commonly found today outside of a beer-batter on fried foods. This is a great shame and there is ample opportunity to leverage the quality and abundance of flavour that a finished craft beer has to innovate and experiment with Irish food more! 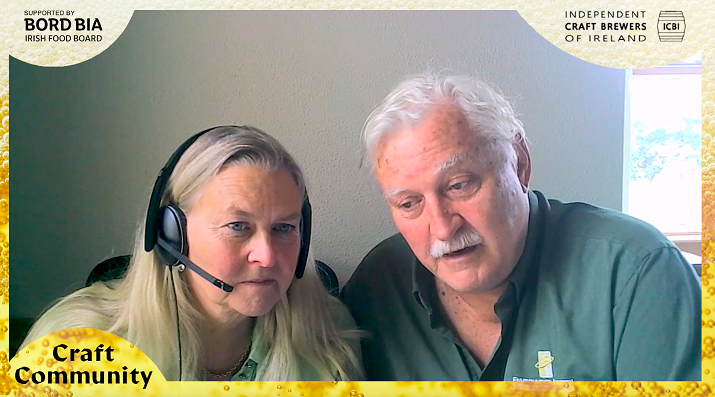 “We work with four local food producers. Like Cooleeney cheese, has a cheese that they bring out called Ruby, and they wash it in our red ale every single day. And then we work with Una O'Dwyer over in Cashel with the Butcher's Daughter who instead of using water to make the sausages she makes these using our own Smoke Porter, and they go into Mikey Ryan's (butcher) in Cashel and absolutely fly out the door.

And we have Crossogue Preserves who use three or four of our beers in their chutneys and preserves. We also have Florrie Purcell over in Nenagh who actually discovered this we had a load of beer left over during the pandemic, so what do you do with it? So we turned it into vinegar with contrast down in Clare and instead of using white wine vinegar she used beer vinegar in her relishes. So simple things like that can lead food producers to begin to understand the value of beer as an ingredient, which you know, can lead into consumers understanding that maybe you're better off drinking a beer with some food rather than wine”

“Stout and chocolate is kind of your classic or stout and vanilla. I'm like ‘can we not do stout and chocolate’ because it's sort of the automatic pairing now at this stage. So it's nice to play around as well, for instance you can get like a big, juicy IPA and pair it up with like a fruity, pavlova-y type thing or something, you know? So again, it's trying to move away from really classic pairings.

Often when I'm doing my tastings at the brewery, and I've finished with a stout, I'll just have a bar of dark chocolate and break it open you know, and I also find as well when doing tastings that like that where I've done a range of beers a lot people are like "Ah no I'm grand no I don't do it" (to trying the food with the beer. People have a perception about stuff but then when you throw down some chocolate to have with it suddenly it's a game changer for them you know so people you know haven't thought in that manner before but there's a lot of great stuff that can be done as well with even red ales and food this time of year - the apple crumble-y type. 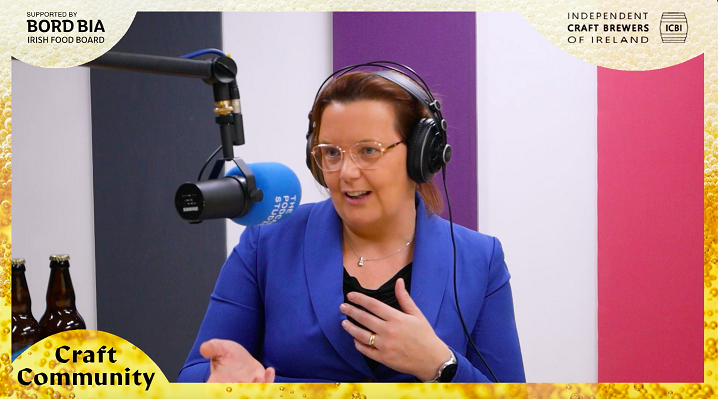