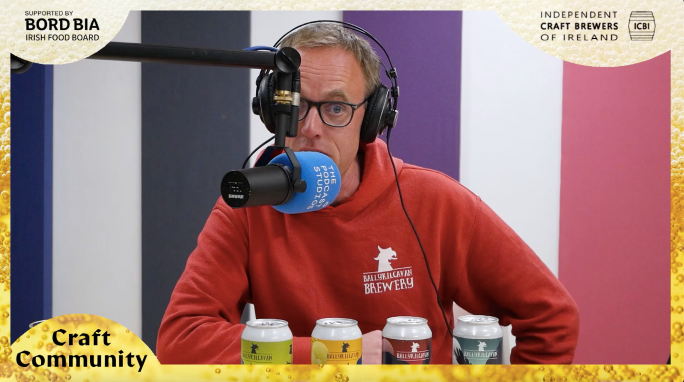 In the final episode of our podcast series, we hear from three breweries with different sustainable business practices in place; from both a social and environmental perspective. While the individual stories are unique to each guest, there is a commonality in the approach and importance placed on sustainability by each brewery represented. 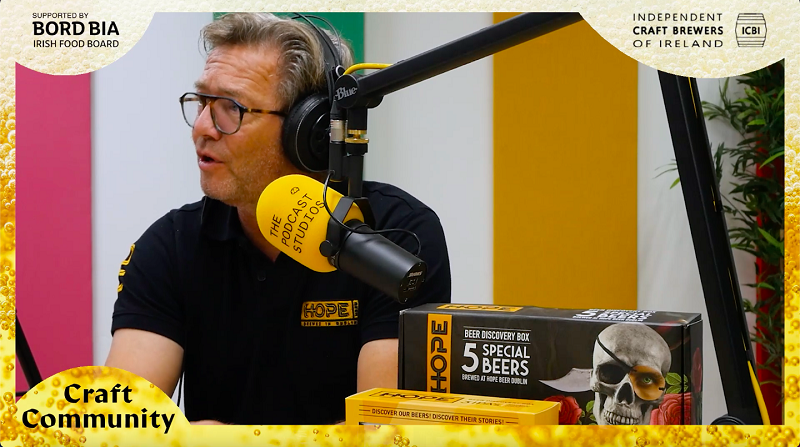 From the ground up: Ballykilcavan Brewery

Ballykilcavan Brewing Company was founded in 2016 and is based at Ballykilcavan farm near Stradbally in Co Laois.  The farm has been the home of the Walsh family since 1639 and David and Lisa are the 13th generation to live and work there. The family has been growing malting barley for at least 100 years, and established an on-farm craft brewery that sources all of the barley it uses from the farm. Founder David Walsh-Kemmis describes the natural interest in sustainability, saying: “Most farmers are very, very interested in looking after the environment and looking after the ground and the soils around them. Because if you don't do that you don't have a future in farming”

The brewery received Bord Bia Origin Green Gold certification recently, which is the top tier available and demonstrates its commitment to sustainability. Speaking about one of the benefits and measures that are in place, David said: “If you're going to set up a brewery on a farm, you don't have the services, you don't have things like footfall, but you do have the advantages of being able to grow your own ingredients. For us, we were able to take barley from the farm, get it malted in Athy, which is eight miles down the road, get it back again, brew with it, and then put the spent grain back out onto the land again. It makes sense, because it's the easiest thing for us to do. But it also gives you that benefit of that you don't have any organic waste going off somewhere else to be processed. Whatever benefit is left in there, we're getting back into the soil again, you know, it was a little bit of fibre, a bit of carbon sequestration, at the very least. A bit of protein as well. We're going to extract a lot, obviously, in the brewing process, but soil nutrition is very, very important on the farm. And even in terms of the farming, the way we do it now we're trying to put in cover crops, chop all the straw, so we're not sending straw off the farm anymore, trying to build up our soils as much as possible. Because that's very important for us. And that's just an extra part of it.”

Hope Beer started out in 2015 when the brewery was founded by four friends with a passion for beer and business. What began as a series of late-night kitchen table discussions is now a state-of-the-art brewery, producing an extensive range of award-winning premium craft beers. Since then Hope has grown to a team of seven, with sales close to €1 million, and exports to Italy, Russia, Netherlands and France.

Key to the brewery’s success? Focussing on its local community to build a loyal consumer base and to sustain the brewery’s vision to be an environmentally-friendly business. Based in North Dublin, over 50% of its sales are made within this area so transport and logistics are centred here.

As part of its Bord Bia Origin Green certification, the company is committed to sourcing 90% of Irish grain from producers using Irish Grain Assurance Scheme (IGAS). 100% of its raw material and packaging suppliers have sustainability credentials too. Hope Beer is continuously working on reducing its utilities (Water, Electricity, Natural gas and CO2).

The brewery also supports local community initiatives and is actively engaged with local clubs and charities.

Speaking on the topic, Wim De Jongh, HOPE Beer said: “I always go on the basis of anything that you can't measure, you can't manage. And, and by measuring certain targets, we can manage them and it has created awareness. Sustainability has always been very high on our agenda anyway. But if you're not measuring certain things, it is difficult to manage and to see are you doing better or are you doing worse? I also find that any of the measures we have taken for Origin Green, also make commercial sense”

Based in Rathmullan, Co. Donegal, Kinnegar was established at a commercial scale back in 2013 by Libby Carton and Rick Le Vert. Named after a local beach in Donegal, the surrounding environment is central to the brewery’s beers and its approach to its business.  Resultantly, sustainability is viewed holistically, and the brewery promotes economic, environmental and social sustainability within their locality, through employment; training, giving back initiatives and environmental measures.

Kinnegar is a multi-award winning brewery, receiving a gold in the 2022 World Beer Cup for its Black Rye IPA – Black Bucket, the first time an Irish brewery has been awarded such an accolade. It also received three gold medals in the Brussels Beer Challenge 2020 – Thumper Imperial IPA, Donegal Lager & Black Bucket.

Speaking about their holistic approach, Co-founder Rick Le Vert said: “We don't really view sustainability as an extra to the business or a separate category, it's very much integrated in the way we run the entire business. We're using less resources, especially right now we can see, we installed solar panels at the beginning of or the end of last year, we're producing about 30-35% of our own electricity on site now and given the current energy crisis that we're seeing, that's actually not just an environmentally sound decision, it's also kind of an economically sound decision”

He went on to add “Yes, a lot of (sustainability measures) is capital intensive and requires investment. But there's also a very significant component, which is really just mindset, behaviour, procedures, looking at how you're just running your brewery, there's an awful lot that you can kind of pull out of it.  I think maybe what's quite good about is that I find that brewing in and of itself is basically one long series of problem solving. It's just solving one problem after another, like, somebody asked me what my job description was, and I said, it's problem solving. And I think most brewers are actually like that especially if you're a smaller brewery, you don't have, big budgets that you can just say, "Okay, well, to solve this problem, we buy X," we can't do that, we have to figure out another way of doing it. Which means, especially when we're looking at the question of sustainability, the mindset is almost already kind of baked into most smaller breweries.” 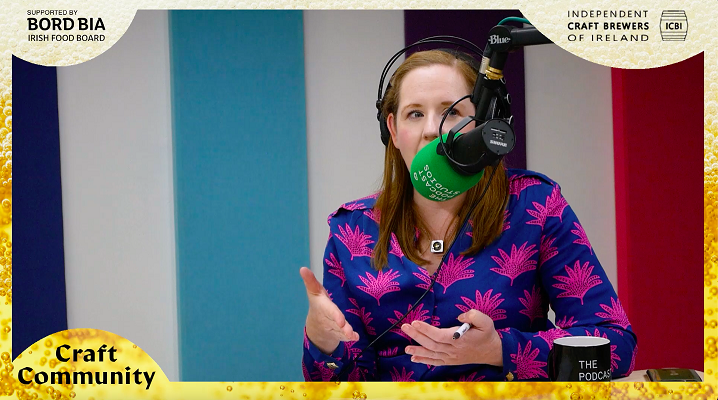