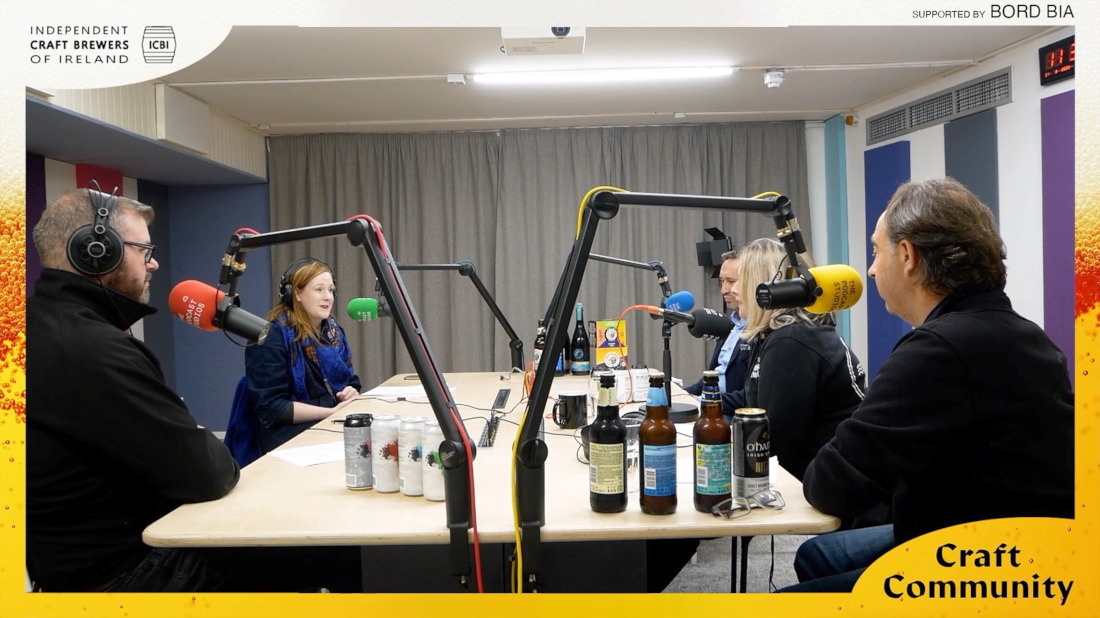 For the first episode in our new limited edition series, we dive into business development within the craft brewing industry, and hear from some of Ireland’s leading craft breweries on this topic.

After a turbulent few years to be in business, the guests share their perspectives on their individual journeys which makes for a fascinating discussion. From newly-established, to diversifying; expanding and even exporting, the conversation covers lots of ground. We’ve included some excerpts from the podcast below:

Áine O’Hora, speaks about the uncertainty faced by Connemara Brewing as they prepared to officially launch in 2020 “We started Connemara Brewing three years ago, but by the time we got the brewery back up to spec and we did our first brew, I will never forget it, it was the week Leo (Varadkar, An Taoiseach) went out in front of the Government building and said we're going to close (for lockdown). And we were there looking at each other going, “Oh no, what are we going to do?”.

Because of their unique location in the Connemara region of County Galway, Áine adds that they had wanted to focus on engaging with the local community and tourists and to tap into this consumer base via their local pubs. She added, “Our first plan was that it was all going to be keg (kegged beer) because we had complete control in the brewery of the process from brewing to kegging, and also because we had no other packaging avenues at that time”. However, when that approach was halted as a result of the Covid-19 restrictions announced, they called a meeting to see how they could pivot and reach new customers through different avenues.

Which is where Liam Tutty of Dead Centre Brewing, in Athlone, Westmeath and more recently Beercloud.ie comes in, as an example of one brewery that diversified its business model during this period. The decision, according to Liam, was a ‘knee jerk reaction… to keep people in jobs which was a huge concern’ and it kept them busy during a time when the ‘world went upside down’. 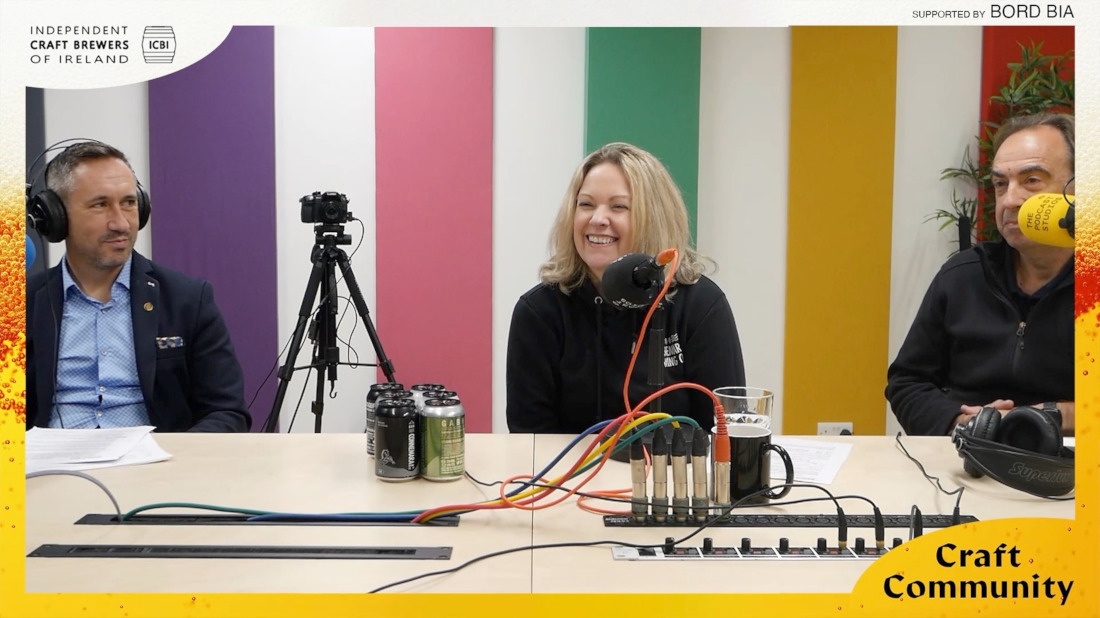 A lot of craft breweries were delighted to have an initiative such as beercloud.ie launch as it solved a problem a lot of smaller craft breweries have around organising product distribution and ensuring cans and bottles get to consumers when other avenues such as bars and on-trade premises were closed. Especially when the founder intimately understands the struggles that craft breweries face!

“For anyone who has seen our brewery, (they know) it's tiny. The entire intent of the (Dead Centre Brewing) brewery in the pub was to brew for keg, to brew for our own bar, and work from an American taproom model. So the brewery is small, but perfectly formed for what we wanted it to do, which was to fill kegs, sell beer at the bar, bring the kegs back in, wash them, refill etc.” and on paper this model looked set to work well, however after some initial delays in getting up and running, Liam adds that the March 2020 announcement came as a ‘harsh blow’ however all was not lost as Dead Centre Brewing had always produced cans of beer too.

“So we had cans in market already, that we were having contract brewed as the volume wouldn't be possible in the pub. So, yeah, the cans started to do quite well. We secured some really good distribution partners in the west and in the east” and this allowed beercloud.ie to bring other craft breweries on board including Connemara Brewing and offer customers a plethora of amazing choice all in the one easy-to-use website. This expanded the opportunity for customers to sample new and different beers too. 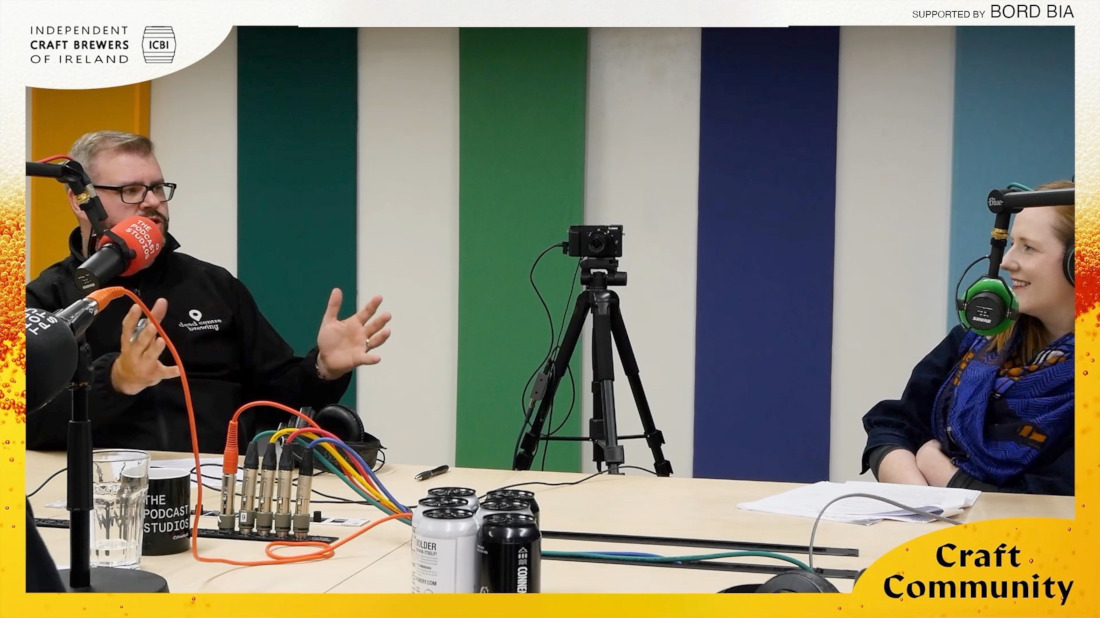 Tom Cronin, Managing Director of Kildare’s Rye River Brewing Company has extensive experience working within the drinks industry and has been working within the craft sector for nine years, which he adds has had “serious lows and serious highs”. The continued success of Rye River according to Tom is down to a consistent vision “Our strategy has always been to make an everyday craft beer that's credible, that has massive consistency, and that oozes with as much quality as we can put into the craft, and to get it into the hands of major retailers and build a relationship. And that's been, I suppose, our preferred route to market - 90% of our beer is done in retail, 10% is on premise on trade”. With the latter, he adds that it’s very difficult to grow on tap when the larger non-craft brands are competing aggressively for space with much larger promotional budgets available. Like Connemara Brewing, Rye River Brewing Company also availed of Beercloud.ie’s listings which Tom describes as a “brilliant pivot” but due to the brewery’s established presence within retail they were less reliant on this initiative than others. He adds, “as COVID came and moved on, we all realised that retail had a real relevance and online had a real relevance and it definitely allowed us to survive, and get out there, you know, and grow market share for the category”

One of the longest established craft breweries in Ireland, Carlow Brewing started in 1996 and is one of the pioneers of the Irish craft beer movement. Located in the heart of Ireland’s traditional malt and hop-growing “Barrow Valley” region which has strong historical linkages to the Irish brewing industry, the multi award-winning brewery is largely export focussed. Carlow Brewing is heavily involved in promoting the education around brewing and distilling and has connections with the local university in Carlow.

Speaking about this, Founder Seamus O’Hara says “Anything we think is going to be positive for the sector, we try to support it. Going back a number of years, there wasn't really any track for people to kind of formally get an education in brewing or distilling. But it's great to see dedicated courses emerging. And I suppose, we try to work with them a bit as well to try and give people practical experience - the academic bit is great, and people get their technical training, but getting out and having some kind of hands on experience, either home brewing, or actually getting a chance to work in the brewery on some of the placements (is key)”

As a closing comment, our guests shared thoughts on what direction they felt the industry was heading toward:

‘Craft Community, the local Irish beer podcast’ is available to listen wherever you get your podcasts. 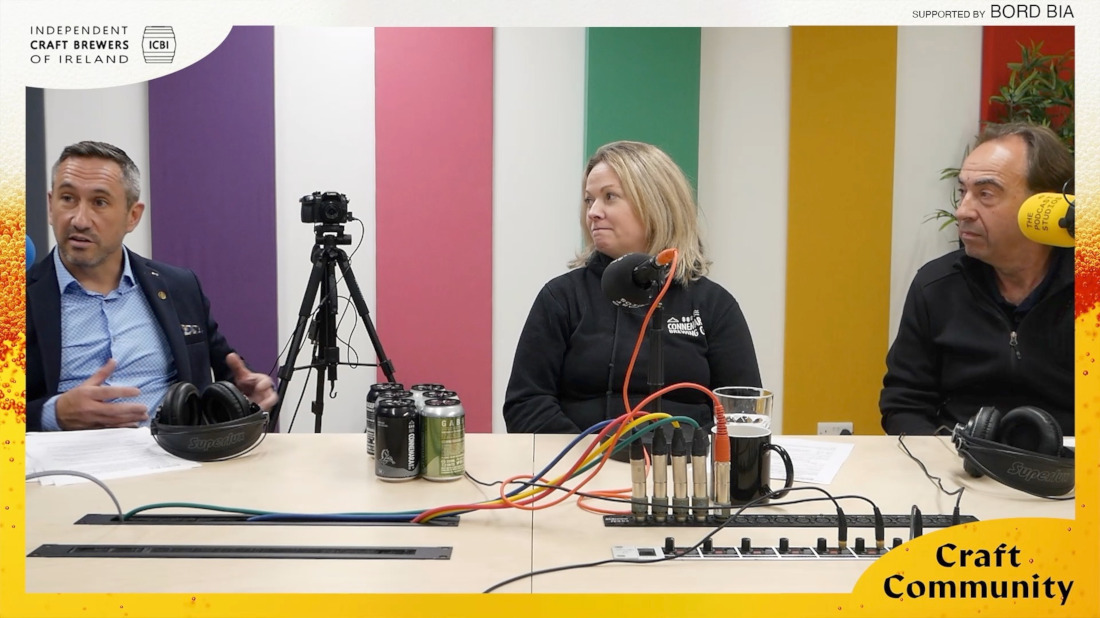